The War Room: aka baby nursery

- February 09, 2015
Good morning everybody I hope that you had a chance to read my first blog yesterday. If you didn't please go back and read it.It will inform you as to what this blog is all about. I wanted to start off this next blog and talk about my initial journey with this whole thing called fatherhood. I've always wanted to be a dad and I didn't think it would take me almost 30 years before I was able to bring a kid into this world. But sometimes life isn't the way you initially plan and you have to kind of take things in stride.

My wife and I decided that we were going to have a child at some point and believe it or not we had a hard time getting pregnant. But luckily we were finally able to get pregnant and now we're expecting a beautiful baby girl this coming June. Now, I wasn't necessarily the most excited person in the world when we found out we were having a girl. From the moment that I found out we were pregnant I daydreamed about having a boy and imagined us playing GI Joes,teaching him how to play football, and going target shooting.You know, guy stuff! That didn't happen but, the cool thing is I can do the same exact thing with my daughter.

Now, as I stated in the previous blog post my aim was to offer some tips and tricks throughout my experience of becoming a first time daddy first class and I figured for this blog I'll offer just a little bit of information on preparing yourself for the change. Now, for a while your girlfriend or wife might decide that they don't want anybody to know about being pregnant for the first trimester. And you may be wondering why, why does it matter? Well I wondered the same thing until she explained to me that the first trimester is the most crucial period during the whole pregnancy. That is usually when the most miscarriages tend to happen and for a lot of women they don't want the pain of losing a child and having to tell everybody that she had a miscarriage. It's already painful enough to lose a child let alone explaining to people what happened and have to re-live that pain every single time that she tells them. So be patient. I know it'll be hard to keep your mouth shut which it was for me.

As you get further along in the pregnancy, you will start to notice some changes to your significant other's body. Trust me they are pretty awesome changes. At this point when she gets to the second trimester  you should start thinking about getting the nursery ready. There's nothing like rushing around trying to get your ducks in a row 3 weeks before the baby is due. So, what I did was I planned out along with my wife how we wanted the room to look. Of course she took over most of the planning which was perfect for me. My job was to fork over the money to pay for all the items that she wanted in the room and then once those items came in it was my job to figure out the process of getting the room ready. Of course, my wife decided that she wanted basically everything in that room repainted. I'm talking the ceiling, the window trim, the trim around the doors, the floorboard, the walls the inside of the closet, everything. 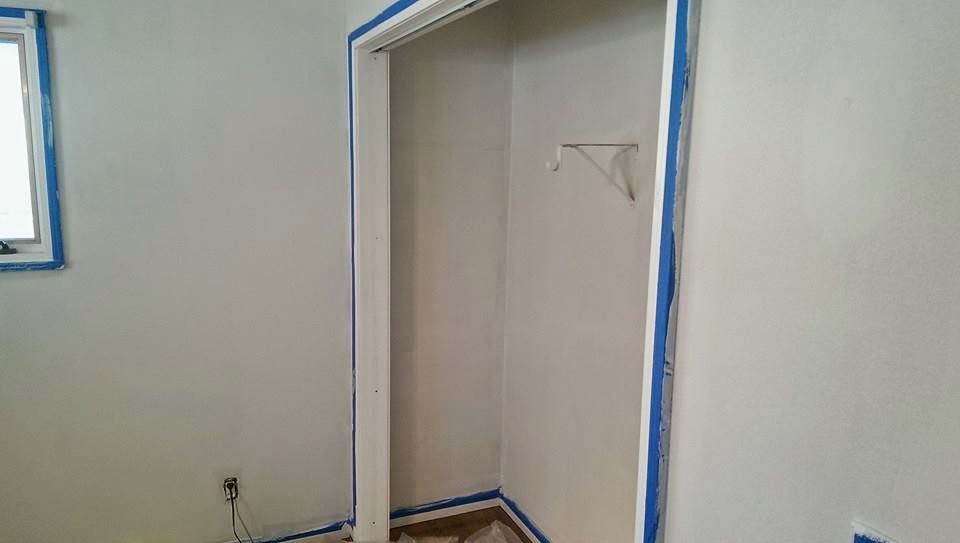 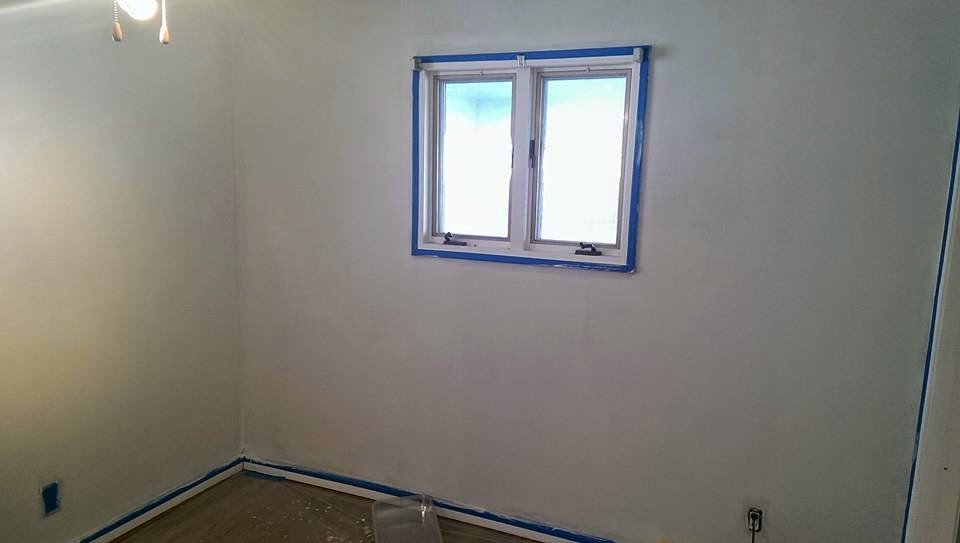 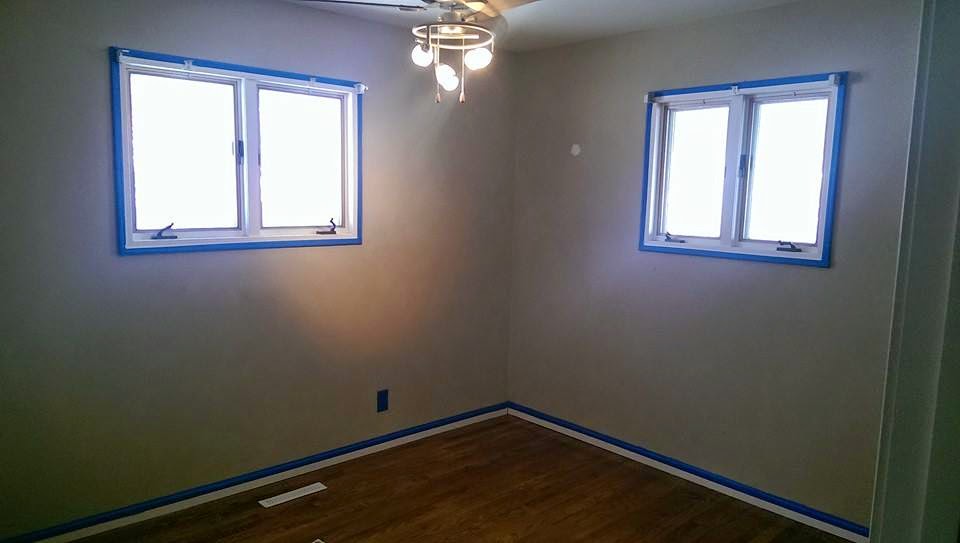 So I spent approximately 4 days prepping and painting and touching up that room long before I was able to even move furniture in. On top of that she had ordered a giant decal that was supposed to go on one of the walls. Unfortunately,that decal can't be placed on a wall that has been freshly painted. We had to wait two weeks before even attempting to put that decal on the wall. I'm just now getting all the furniture built and placed inside the room with the exception of the dresser. This dumb dresser had probably a hundred parts in the box and of course the part that ended up breaking during shipping or manufacture was the main piece that I attached everything else too. Like any other consumer we called the manufacturer to find out if they could ship us a new piece, which they did. But during that phone call they informed us that, that particular lot has been known to have a defect in the piece where they over drilled one of the holes and nothing was attached to the the piece properly. I was cool with that. What I wasn't cool with was the fact that it was going to take a month for that new piece to come in the mail. Now the other thing that we ordered was a really nice area rug to place in the room that my wife had found online. This rug was about half the cost of any rug that we had looked at and was the same exact size and same material. So we ordered it. Come to find out that rug in particular was on backorder so the soonest we could get it was about 3 weeks or 4 weeks. I said all that to emphasize to you all that although getting a baby room ready might seem like a weekend event. well that's not necessarily true. So my tip for you on this blog post it to get started as early as you possibly can on getting the room ready. This will save a lot of heartache when month 8 comes along and you're still waiting on pieces of furniture to come in the mail and still having to build it. I just hope that if we have another kid that my wife doesn't decide to repaint that room because it sucks.
advice baby colors Baby Nursery baby room being a military dad blogging Blogs budgeting Dads dads in the military gender neutral life moms mother

- May 08, 2019
Most well adjusted individuals seek out groups that reflect the same values, experiences or interests. It's an ongoing struggle to find a place where you fit in and sometimes let off some steam. The question is whether or not these groups do more harm than good? Do people legitimately get good information from these groups or is it just a place for bullies and nit wits to gather?  in this post i'll spell out what I have witnessed in the various groups that I'm part of.
Read more

Dad Survival Kits: What they don't tell you. 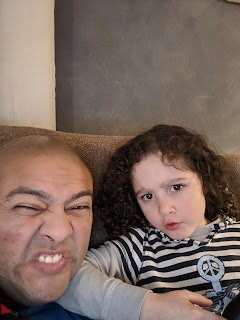 I was doing some research tonight to help me think of how I can use this site to improve the life of dads everywhere. I used a great tool on Google Ads that allows you to look up key words and phrases. What would that do to help me? Well, when you write blogs you have to write not only what interests you but you have to be able to cater a bit to what people actually want to read about. Sure, my stories about life can be pretty funny but how is that helping you? A good laugh is needed from time to time, but I want this blog to be a place people can go and search articles for relevant topics. Goofing off as usual.      So what keywords did I search? I looked up 'New Dad' and 'Dads'. I was instantly given results of the most searched topics in the Google database that had those words. Of course, Father's Day had the highest rankings since it was related to the words I used but the next highest was ' Dad Survival Kits'. On average, there are
Read more 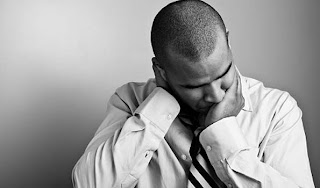 Dealing with Passive Agressive people can be at the very least annoying if not upsetting. A good definition of people that have this disorder is..  "a devious, diabolical way to convey your anger, disappointment or hurt to someone, without speaking with them about it. In essence, your feelings toward him/her get acted-out instead of talked about, but you may complain to others about your being upset with that person. This can happen within families, when a member 'telegraphs' their feelings about one sibling to another--but doesn't directly address the person who's the source of their discomfort. Verbal passivity usually includes sarcasm, or under the breath comments that come at you in a kind of sideways manner, but feel like undermining, painful jabs/injuries, just the same. Passive-aggressive behavior is very hurtful, and highly destructive to any type of relationship." (Schreiber)       When a person acts this way it tends to cause everyone t
Read more